The war fought between July 28, 1914, and November 11, 1918, was known at the time as the Great War, the War to End War, and (in the United States) the European War. Only when the world went to war again in the 1930s and ’40s did the earlier conflict become known as the First World War. Its casualty totals were unprecedented, soaring into the millions. World War I is known for the extensive system of trenches from which men of both sides fought. Lethal new technologies were unleashed, and for the first time a major war was fought not only on land and on sea but below the sea and in the skies as well. The two sides were known as the Allies or Entente—consisting primarily of France, Great Britain, Italy, Russia, and later the United States—and the Central Powers, primarily comprised of Austria-Hungary (the Habsburg Empire), Germany, and the Ottoman Empire (Turkey). A number of smaller nations aligned themselves with one side or the other. In the Pacific Japan, seeing a chance to seize German colonies, threw in with the Allies. The Allies were the victors, as the entry of the United States into the war in 1917 added an additional weight of men and materiel the Central Powers could not hope to match. 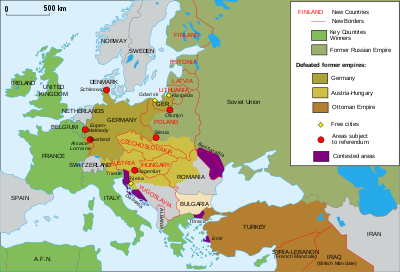 The war resulted in a dramatically changed geo-political landscape, including the destruction of three empires: Austro-Hungarian, Ottoman and Russian. New borders were drawn at its conclusion and resentments, especially on the part of Germany, left festering in Europe. Ironically, decisions made after the fighting ceased led the War to End War to be a significant cause of the Second World War.

The outcome of World War I saw extreme political, cultural, and social revolution across Europe, Asia, Africa, and even in areas outside those that were directly involved. Four territories malformed due to the war, old countries were abolished, new ones were formed, boundaries were redrawn, international organizations were established, and many new and old ideologies took a firm hold in people’s minds. World War I also had the effect of bringing political change to Germany and the United Kingdom by bringing near-universal suffrage to these two European powers, turning them into mass electoral democracies for the first time in history

The carnage of World War II was unpreceented and brought the world closest to the term “total warfare.” On average 27,000 people were killed each day between September 1, 1939, until the formal surrender of Japan on September 2, 1945. Western technological advances had turned upon itself, bringing about the most destructive war in human history. The primary combatants were the Axis nations of Nazi Germany, Fascist Italy, Imperial Japan, and the Allied nations, Great Britain (and its Commonwealth nations), the Soviet Union, and the United States. Seven days after the suicide of Adolf Hitler, Germany unconditionally surrendered on May 7, 1945. The Japanese would go on to fight for nearly four more months until their surrender on September 2, which was brought on by the U.S. dropping atomic bombs on the Japanese towns of Nagasaki and Hiroshima. Despite winning the war, Britain largely lost much of its empire, which was outlined in the basis of the Atlantic Charter.   The war precipitated the revival of the U.S. economy, and by the war’s end, the nation would have a gross national product that was nearly greater than all the Allied and Axis powers combined. The USA and USSR emerged from World War II as global superpowers. The fundamentally disparate, one-time allies became engaged in what was to be called the Cold War, which dominated world politics for the latter half of the 20th century. 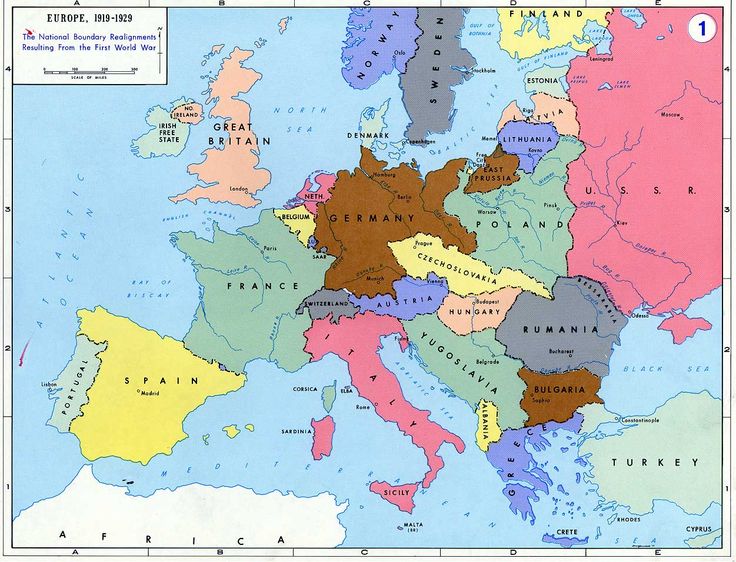 The most destructive war in all of history, its exact cost in human lives is unknown, but casualties in World War II may have totaled over 60 million service personnel and civilians killed. Nations suffering the highest losses, military and civilian, in descending order, are:
USSR: 42,000,000
Germany: 9,000,000
China: 4,000,000
Japan: 3,000,000

It was simply a continuation of the First World War that had theoretically ended in 1918. Others point to 1931, when Japan seized Manchuria from China. Others to Italy’s invasion and defeat of Abyssinia (Ethiopia) in 1935, Adolf Hitler’s re-militarization of Germany’s Rhineland in 1936, the Spanish Civil War (1936–1939), and Germany’s occupation of Czechoslovakia in 1938 are sometimes cited. The two dates most often mentioned as “the beginning of World War II” are July 7, 1937, when the “Marco Polo Bridge Incident” led to a prolonged war between Japan and China, and September 1, 1939, when Germany invaded Poland, which led Britain and France to declare war on Hitler’s Nazi state in retaliation. From the invasion of Poland until the war ended with Japan’s surrender in September 1945, most nations around the world were engaged in armed combat.

A century ago at the beginning of the First World War, the maps of Europe, Asia and Africa looked much different than they do today. On July 28th 1914 Austria-Hungary declared war on Serbia, starting a slaughter that would leave millions dead. War redrew borders and reshaped economies, too. Europe’s debt-financed splurge on munitions prompted a manufacturing boom in America, boosting exports and transforming it from global debtor to global creditor. Germany’s industry was hammered. Its economy only returned to the size it had been in 1913 over a decade later.

The Treaty of Versailles in 1919 was one of several to carve new countries from what remained of the pre-war empires. The Baltic states, given to Germany the previous year under the Treaty of Brest-Litovsk, which had taken Russia out of the war, became independent. Czechoslovakia and Yugoslavia were created; Romania was enlarged; and Poland was rebuilt from former Russian, German and Austro-Hungarian territories.

During the course of WWII political maps continuously changed. Poland being the most noticeable change. The borders of Poland shifted completely. Poland’s borders were redrawn following the decisions made at the Potsdam Conference of 1945. Germany divided into two seperate countries. Poland Germany split in two! Comunist East! Germanys east portion was controlled by the soviet union. Soviet union being communist made the eastern half of former Germany into a communist state. In 1949 Germany was split into a communist east and a non-communist west. Non-Communist West! West Germany, also known as the Federal Republic of Germany, remained a republic during the time of the split. At the end of WWII, the Allies invaded Germany. The Soviets came from the East, and invaded up to the Oder-Neisse Line. The Americans, French, and British gained up to the same point from the west. After the War, this Western part of Germany went to the Americans, French, and British. They divided up their share of Germany into their own sections… As tensions between the U.S. and the Soviets grew, Berlin was also split, as both sides wanted it as the capital for its share of Germany (even though Berlin lay deep in the heart of East Germany). Eventually, West and East Berlin came into existence.
East Berlin, of course, fell into the hands of the Soviets. …however, when West Germany was formed, these regions united to form one state. It was strictly communist controlled by the Soviet Union.