Himachal Pradesh has been India’s quintessential rural health success story. At 90 percent, it has the highest proportion of rural population among Indian states. At the same time, when compared to other states with similar rural populations, Himachal has, on the average, better human development 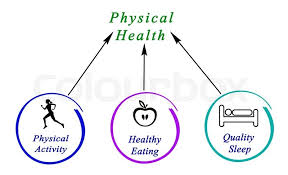 indicators. It has been among India’s best states in terms of HDI along with Kerala and Delhi, and despite its high rural population, achieved replacement level of Total Fertility Rate, quite early on. Only Kerala, Jammu and Kashmir, Delhi and Punjab have a higher life expectancy at birth than Himachal among the bigger states of India. It is a comparatively richer state, with a GSDP per capita similar to Gujarat, Tamil Nadu and Kerala. The State Commission of Health, constituted in 2014 with prominent experts as members, focused on developing inter-sectoral strategies required to address environmental, nutritional and social determinants of health as a part of the overall development of the state, among other things. Himachal is the state with the highest government health spending per capita in India, and the focus on public spending has made the state the second lowest in the country in terms of percentage out of pocket health expenditure. Himachal Pradesh can be put in direct contrast with Kerala, a state with which it competes for the top slot in terms of best human development in the country. Kerala spends only half of what Himachal spends in terms of public expenditure on health per capita, and has the highest percentage out of pocket health expenditure in the country.

While household reporting catastrophic health expenditure in Kerala is 20.4%, the highest in the country, it is 13.1% in Himachal, near the all India average. The percentage of private sector inpatient cases is 22.9% in the state, among the lowest in the country. Kerala on the other hand has 66.1% inpatient load treated by the private sector. This almost exclusive policy focus on the public sector makes Himachal unique among the relatively richer states of India, who on the average are identifiable by a dominant private sector. Himachal is one among a few Indian states where as per population norms, there is no shortfall of Sub Centres, PHCs or CHCs. The state was formed in 1971 by combining parts of Punjab and the erstwhile Union Territory.  From the beginning, the state went for rapid expansion of its public primary health care infrastructure as shown in Graph 1. During the same period, Himachal also managed to increase the number of Sub Centres from 1299 to 2071. Himachal, with just .57% of India’s population, has more sub-divisional hospitals than Bihar — a state with 8.58% of India’s total population.

However, despite such strong performance on the physical infrastructure front, Himachal health system is reeling under severe staff shortages. Graph 2 shows the current shortfall across the frontline health workers for Himachal.

As Graph 3 shows, the shortage of doctors is acute in the public sector hospitals in the state, particularly specialists. Around 20% of Himachal’s PHCs function without an allopathic doctor. Only 95 PHCs have a female doctor. Alternative medicine is not filling up the void either — out of 518 functioning PHCs in the state, only 44 have AYUSH facility. The shortage of specialists (surgeons, OB&GY, physicians & paediatricians) are at an alarming level: out of a required number of 316 specialist doctors, only seven are in position in the state. The doctors at PHCs and the General Duty Medical Officers (GDMOs) in the CHCs (220 of a required 234 in position) are the mainstay of the state’s health system, handling most of the disease burden.

As Graph 4 shows, the shortage of nursing staff as well as the lack of allied health workers render a significant proportion of the state’s public sector healthcare delivery system ineffective. A considerable number of PHCs and CHCs work without nurses, radiographers, pharmacists, or lab technicians.

Given the relatively smaller footprint of the private sector in the state, such severe staff shortages — despite a high per capita public health spending by the state — can have disastrous implications on the health of the citizens. Given these gaps like 98% of shortfall in specialists, it is puzzling that in FY 2014-15, expenditure on human resources constituted only seven percent in the overall NRHM expenditure in the state — the lowest in the country.

Health performance over the last decade:-

The latest information on Himachal’s health and nutrition indicators are available from the NFHS-4 survey, fieldwork for which was conducted in 2016. The survey gathered information from 9,225 households, 9,929 women, and 2,185 men. According to the survey, the sex ratio of the state improved from 1070 in 2005-06 to 1078 in 2016. Himachal also has managed to have all its households access to electricity. Proportion of households with improved sanitation facility doubled over the last decade – from 37.2% to 70.7%. Health insurance coverage has improved by five times over the last decade — as well to 25.8% of households with at least one member covered by a health scheme or health insurance. However, both infant mortality as well as under-five mortality reductions in the last decade have been slow. Graph 5 and 6 show that even when compared to the improvements in the country averages, the state’s success was rather limited.

While the indicators of maternal health and delivery care have shown considerable improvement, the proportion of children aged 12 to 23 months who have been fully immunised has in fact gone down, from 74.25% in 2005-06 to 69.5% in 2016, which is a matter of major concern. The district level exploration of immunisation achievement, tried in Map 1, gives a picture of stark district level disparities. Hamirpur has the lowest immunisation coverage at 45.9% while Shimla has the highest at 87.3%. Bilaspur, Lahul and Spiti as well as Una districts have lower than 60% coverage of full immunisation.

The proportion of institutional births has almost doubled over the last decade — from 43.1% to 76.4%. However, the overall achievement still remains lower than the India average, and there are considerable district level differences as explored in Map 2. Hamirpur happens to be the best performer with 90.9% institutional births, and the Chamba district is the lowest performer with only 56.9% institutional births. Home deliveries conducted by skilled health personnel — considered to be safe — are very low at 3.6%, putting the overall proportion of safe deliveries at 60.5% in Chamba. Home deliveries conducted by skilled health personnel remains very low in the state at 3.4%, linked directly to the health worker shortages.

The low proportion of immunisation in itself need not be a symptom of health system failure, as seen in the case of Hamirpur and Bilaspur districts who managed high levels of institutional births nevertheless. A priority of the next government must be to identify low uptake of immunisation in specific pockets and remedying it.

The Himachal Pradesh government has launched Mukhya Mantri State Health Care Scheme (MMSHCS) in 2016. The MMSHCS is designed for those who are not enrolled under Rashtriya Swasthya Bima Yojna(RSBY) or other medical reimbursement scheme. The State had targeted most vulnerable population to provide health coverage under MMSHCS. The estimated beneficiaries of the scheme will be more than 2, 00, 000 families. The Scheme mainly covers 9 Categories as listed below:-

The people who are not covered under RSBY or any other medical reimbursement scheme are eligible to get enrolled under this scheme.

The governement of Himachal Pradesh had announced the new scheme “Himachal Pradesh Universal Health Protection Scheme” on March 8th 2016. The Scheme will cover the all persons who are not enrolled under RSBY, Mukhya Mantri State Health Care Scheme or any other medical reimbursement schemes. The scheme is launched in order to improve the accessibility and affordability to health care services to people the the State. The beneficiaries will require to pay Rs. 1 per day i.e. Rs. 365 per annum for their health protection.

The school health programme in H.P will address the heath needs of the school children in the form of health education , environment sanitation , nutrition , safe drinking water, gender and social concern . The state of H.P will utilize strategies of disease prevention , health promotion as well as detection of underlying diseases and medical advice for health problems.

Himachal Pradesh Health Department launched in april 2017 six new health schemes including the Electronic Health Card Scheme. Under this scheme, free insulin will be provided to diabetic patients below 18 years of age under universal immunization program. Himachal has become the first state in South East Asia to launch electronic health cards. Few lakh people, not covered under any scheme, were now brought under the ambit of Universal Health Scheme. Other schemes include the HP Universal Health Protection Scheme, a health bulletin brochure, a scheme for free treatment of Hemophilic patients, screening scheme for patients of non-communicable disease and introduction to ‘Measles Rubella (MR) campaign.

The Himachal Pradesh Government has implemented the Senior Citizen Health Insurance Scheme (SCHIS) in the state with an aim to provide access to curative geriatric health care services by way of additional insurance cover. The scheme will provide top-up coverage of Rs. 30,000 per senior citizen to all existing Rashtriya Swasthya Bima Yojna smart card holders in addition to basic coverage of Rs.30, 000 in Trust/Society mode. Any beneficiary who is 60-years-old or above and is currently enrolled in RSBY or will be enrolled in RSBY is eligible for these additional benefits. If in any RSBY rolled family, there is more than one senior citizen, then the additional cover will be multiples of Rs.30, 000 per senior citizen that will be provided on a floater basis among the senior citizens of the RSBY enrolled family.