The present state of Himachal Pradesh was directly under the Britain’s colonial rule during middle of 19th century. Shimla was also the summer capitals of colonial rulers. Therefore the standard of learning present in Himachal has enhanced to a much higher rank. This state has plenty of reputed institutions of high level in all faculties of higher studies. Some of the reputed institutes providing quality educations are Himachal Pradesh University (HPU), Indian Institute of Technology (IIT) at Mandi and NIT (National Institute of Technology) at Hamirpur. The UGC, in the 10th plan, has granted to HPU a sum of Rs.4.5 crores for educational developments and it was increased by nearly 70% more than the 9th plan. Himachal Pradesh has got its one and only Homeopathic Hospital and Medical College having all the educational facilities in Homeopathic stream. This college was founded by the Health Trust of India, registered as a charitable trust in HP state, in 2002. The AYUSH department and its Homeopathic council, (Government of India) New Delhi extended recognition to this college, after approval by the state of Himachal Pradesh, for a degree in Homeopathy after studying for 5 and half year course. The college is affiliated to Himachal Pradesh University (HPU) to award B.H.M.S. (Bachelor of Homeopathic Medicine & Surgery) degree to students. The college is situated on National Highways 22 at KUMARHATTI between Chandigarh and Shimla. The location is scenic and cool with spacious campus full of pine trees and students from faraway places like Mizoram and Manipur come here for study. Jaypee Goup was allowed by the Himachal Pradesh Government to open and operate a private University of Information Technology in 2002. Also two new private universities namely Chitkara University and Eternal University were given permission for operation in the year 2008.The Eternal University is at district Sirmaur of Himachal Pradesh and Akal nursing college also established in 2008 is affiliated to this University. The Nursing College, Bari Sahib is also the first nursing college of the State of Himachal Pradesh. HP Government has also allowed the trust of K.D. education to open Arni University in Kangara district at Kathgarh, having a famous Shiva temple. Government is regularly and constantly working on various educational projects for building up the good system of education in HP. The Government is set to start three new main nursing colleges to boost the medical facilities in Himachal. Himachal Pradesh is among the highest literate states of India. District Hamirpur is one of the top literate districts of the country. Education among women in Himachal Pradesh is fairly encouraging. Himachal Pradesh offers a wide 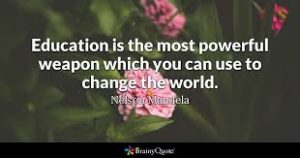 range of educational facilities to everyone with four dental institutes, five universities, two engineering institutes and two medical colleges. The school level scenario of education in Himachal is quite encouraging also with about 10000 primary schools, 1300 high schools and thousand secondary schools. Practically Himachal Pradesh is the only state of India which has fulfilled the obligation of Indian Constitution for compulsory primary education to each and every child. As a matter of fact, Himachal Government is determined to make this hilly state – An education hub. The Government of India, in 2008 declared that an Indian Institute of Technology will be established in Himachal Pradesh in 11th plan and the work is being carried out towards this aim in district Mandi. On the other hand, Atal Bihari Vajpayee institute of engineering and technology has been commenced at Pargatinagar of Shimla district. This institute has all the formats of engineering studies like ITI trades, Diploma and degree courses in all branches in campus. Himachal Pradesh has plenty of schools in rural and in urban areas as well.

This is introduced in order to achieve following goals:

Education Schemes of Himachal Pradesh Government are listed below:-

The Scholarship is given to top 1000 meritorious students of Scheduled Caste category and to top 1000 meritorious students of OBC declared as such in the result of Matric Examination conducted by the Himachal Pradesh Board of School Education, Dharamshala, strictly on a merit basis to students studying in a recognized (including Professional / Technical) institution within or outside the State. The renewal in 10+2 Class / 2nd Year, of course, will be subject to satisfactory performance in internal examinations of 10+1 Class / 1st Year Course.

The Indira Gandhi Utterest Chhatervritti Yojna for meritorious students for Post Plus two Courses shall be awarded to 150 students @ Rs. 10,000/-per annum per student purely on the basis of the merit and without any income ceiling .

Under this Scheme, the top 2000 meritorious girl students of 10+2 of all study groups i.e. Science, Arts and Commerce streams are awarded a scholarship of Rs 15000/- per student per annum, based on passing ratio in each group as per the merit list supplied by the Himachal Pradesh(H.P.) Board of School Education, Dharamshala. The scholarship will be renewed till the completion of Degree / Diploma / Certificate course, provided there is no failure.

The scholarship under this scheme is given to the Bonafide Himachali Girl Students belonging to Balmiki Families, engaged in unclean occupation, beyond Matric to College Level, for studies from any Government or Private Recognised school / college.

Under this Scheme, a one-time incentive/award of Rs 75000/- will be given to all Himachali students.

This scholarship is given to the Ten Students who are Bonafide residents of H.P. and are studying from 8th class to 12th class in Rashtriya Indian Military College, Dehradun. Two students from each class are eligible for the scholarship. The amount of scholarship is Rs 20,000/- per annum.

This scheme is for studying in Sainik School Sujanpur Tihra and are Bonafide residents of Himachal Pradesh from class VI to XII.

Under this scheme, The Scholarship is given to top 2000 meritorious students of General category declared as such in the result of Matric Examination conducted by the Himachal Pradesh(H.P.) Board of School Education, Dharamshala, strictly on the merit basis to students studying in a recognized (including Professional / Technical) institution within or outside the State. The renewal in 10+2 Class / 2nd Year of course will be subject to satisfactory performance in internal examinations of 10+1 Class / 1st Year Course.

Under this scheme, The Scholarship is given to top 100 Girls and top 100 Boys students belonging to the Tribal Community of HP, declared as such in the result of Matric Examination conducted by the Himachal Pradesh(H.P.) Board of School Education, Dharamshala, strictly on a merit basis to students studying in a recognized (including Professional / Technical) institution within or outside the State. The renewal in 10+2 Class / 2nd Year of the course will be subject to satisfactory performance in internal examinations of 10+1 Class / 1st Year Course.

Himachal Pradesh Board of School Education:-

The school education board of Himachal Pradesh is a government body that is responsible for preparing and prescribing the courses for study, text books and conducting board examinations of students of secondary schools in Himachal Pradesh. The board has its administrative offices at Dharamshala and was established in 1969. The schools affiliated to the board are nearly 8000. Board, every year conducts examinations of more than 5, 00,000 examinees with 1650 centers of examination.

The Himachal Pradesh state has lately thought of starting the institutes of technical and engineering studies with respect to other Indian states. The Regional engineering college, now known as National Institute of technology was the only and first institute up till 1986.The second institute was established as IITT engineering college at Kala Amb. All other technical Institutes were recognized in present century. Government engineering college in the name of our first Prime Minister Jawaharlal Nehru was established at Sundernagar in 2006 by the state government. It is pointless to state that not even a single institute has yet attained the academic maturity. The Hamirpur’s Institute of Technology and few others are trying hard to excel in academics but the results are not hopeful. Himachal Pradesh and its people have a wish to see this state as Switzerland of India because of their same topography. However, government is hoping that manpower trained at these technical institutions and some promising entrepreneurs will change the industrial growth landscape of the state similar to that of Switzerland.

The total Sainik schools in India are 23 and the 18th sainik school is at Sujanpur Tihra in Himachal Pradesh. The main goal of sainik school of Himachal is to organize boys of the state mentally, physically and academically to join Indian Army through NDA and excel in other fields also. Desires to serve with dedication, sound character, team spirit with nationalistic thinking’s are the values given to the students of Sainik schools. The sainik schools were opened on the basis of selective public school patterns for the brilliant and sincere students from common masses through free and fair competition.

This International Public School is run by Sahaj Yoga Movement at Dharamshala in Himachal Pradesh. With the affirmed mission to “develop own self-respect which will guide to love nature, gentleness, concern for the environment, honesty, nobility, respect for others and wisdom.” This school has intake strength annually of250 international students and the demand is more than availability.

As per reports, achievement level of government schools of HP was 65.3 per cent as compared to the national level of 41.6 per cent.

The achievement level of the state was 47.4 per cent as compared to the national level of 21.1 per cent.

A significant improvement was observed in HP.

Furthermore, at national level the achievement is 15.3 per cent, whereas it is 44 per cent in case of Himachal Pradesh and the state ranked fifth in the country.