In a short span of time of Himachal Pradesh has become a model of development not for smaller States but for the bigger States of the country in the field of Education, Health, Horticulture, Hill area  development,  Social Welfare and inclusive growth. Today Himachal is known as most prosperous and one of fastest growing economy in the country.

Chief Minister Virbhadra Singh presented Himachal Budget 2017-18 in which the government claimed to have achieved 7.7 percent growth. No fresh taxes have been proposed in Rs 35,783 crore election year Himachal Pradesh Budget.The annual plan for 2017-18 has been proposed at `5,700.00 crore which will be 9.6 percent(500 crore) higher than the plan size of current year 2016-17. 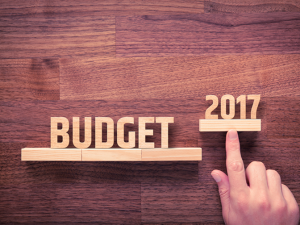 “Software Technology Park” to be set up in Shimla and in Kangra District.

– Reservation quota for Persons with Disabilities proposed to be increased from 3 percent to 4 percent in Government jobs.