Himachal is one of the most dynamic hill states of India with significantly high indicators of human development. Its natural resources and physiography, separate administrative identity, and notable accomplishments in literacy hold the promise of great progress.

This scheme includes beneficiaries who were covered under the guidelines of this Act including BPL, Antodaya, Single women, critically ill and social security pensioners. Right to Food Act would empower the beneficiaries to avail food items and to enquire with the concerned officers about the delays in getting these items.

Everyone in Himachal Pradesh is covered by the public distribution system, even the chief minister.

Unlike the National Food Security Ordinance which entitles 67 per cent of the population to get subsidised grains from the government every month, Himachal Pradesh covers its entire population has been under the Targeted Public Distribution System (TPDS), say officials.

There are 16.31 lakh ration card holders in the state for a population of 68, 64,602, said an official of the Food and Civil Supplies Department.

The ration card holders include 11.63 lakh above poverty line who get three types of dals (lentils), two edible oils and salt at subsidised rates through 4,634 fair price shops.

Interestingly, even the chief minister and his Cabinet colleagues enjoy the facility.

Chief Minister Virbhadra Singh has a ration card with seven family members enrolled on it, according to information accessed through Right to Information.

In the 2013-14 budget the state government had allocated Rs 175 crore for the state food subsidy scheme.

National Food Security Act, 2013 is being implemented in Himachal Pradesh. This has wide-ranging effect on the scale and rate of entitlements, as well as the covered beneficiaries, under the Public Distribution System.

Himachal Pradesh has achieved the target of selecting 31.21 lakh beneficiaries under National Food Security Act who are being provided wheat at the rate of two rupees and rice at the rate of three rupees per kilogram per month. The Act was implemented in October, 2013 in the State with the target to select 36.85 lakh consumers.

A spokesperson of the Food, Civil Supplies and Consumer Affairs Department said today that all beneficiary families selected by the Gram Sabha under the ‘Antodaya Ann Yojna’ would automatically be included in the list of eligible beneficiaries. Similarly as per the new approved list all BPL families, those families where any member was getting social security pension, the families selected under ‘AnnpuranYojna’ and all Tibetan/refugees verified by Tibetan Settlement Officer would be included under the scheme.

He said that single woman, children residing in ashrams or abandoned children, the household where the widow was head of the family, people with more than 60 percent disability, the families where the family head is suffering from serious ailment or the family had is above 60 years of age or has no source of income, the family head registered as laborer, the families where member is suffering from leprosy, cancer or HIV, the widows of freedom fighters and martyrs, members living in old age and child homes, nariniketan and orphanages, Tibetan children village schools, Dharamshala, Suja, Mandi and Chonthra who are not getting any financial assistance or food grains from the State Government would also be covered under the scheme. 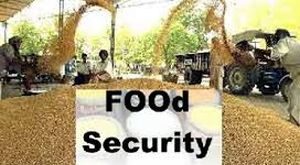 National Food Security Mission (NFSM) is a Central Scheme of GOI launched in 2007 for 5 years to increase production and productivity of wheat, rice and pulses on a sustainable basis so as to ensure food security of the country. The aim is to bridge the yield gap in respect of these crops through dissemination of improved technologies and farm management practices.