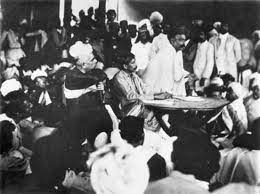 . But whoever may be responsible for the split and whatever may be its cause, it was a great national calamity. Gokhale was aware of this great disaster. The British bureaucracy was in jubilation. Lord Minto, the Viceroy, exultingly told Lord Morley, the Secretary of State that the ‘Congress Collapse’ (Surat split) was ‘a great triumph for us’. But Morley knew better. Almost prophetically he told the Viceroy that, their immediate collapse notwithstanding, the Extremists would eventually capture the Congress. The split did immense harm to the Congress in particular and the national movement in general. It can be said that the Moderates were the brain of the Congress and the nation and the Extremists were the heart; the former were the ‘law’ and the latter ‘impulse’.

The unified action of the two was absolutely necessary for the proper functioning of the organisation and growth of national movement. With the extremists in the wilderness, the Moderates were to achieve little. For about a decade, the Moderates were not in a position to show the kind of strength that was needed to seriously oppose the British. It was only after 1916, with the re-entry of the Extremists in the Congress and exist of the Moderates from it (1918) that the Congress could be reactivised. But then it was a new story. Mohandas Karamchand Ghandhi, Gokhale’s political disciple, associating himself with the programme of the Extremists, with his emphasis on the synthesis of the reason and faith, law and impulse, representing the abiding strength of the Indian people was to activise and rejuvenate the Congress and carry a new phase of action.