Demographic dividend occurs when the proportion of working people in the total population is high because this indicates that more people have the potential to be productive and contribute to growth of the economy.An increase in the working age ratio can raise the rate of economic growth, and hence confer a “demographic dividend.” People of working age are on average more productive than those outside this age group. Also, because workers save while dependents do not, a bulge in the working age ratio contributes to higher savings rates, increasing the domestic resources available for productive investment. In addition, the fertility decline that is the source of the changed age structure may act directly to induce greater female labor supply and increase attention to primary education and health .

At present, India is identified as undergoing the demographic transition. With a median age of 27.6 years and a dependency ratio of just a little above 0.55, a ‘demographic dividend’ in India is currently underway and if properly harnessed would bring India as a front runner in the global economy. 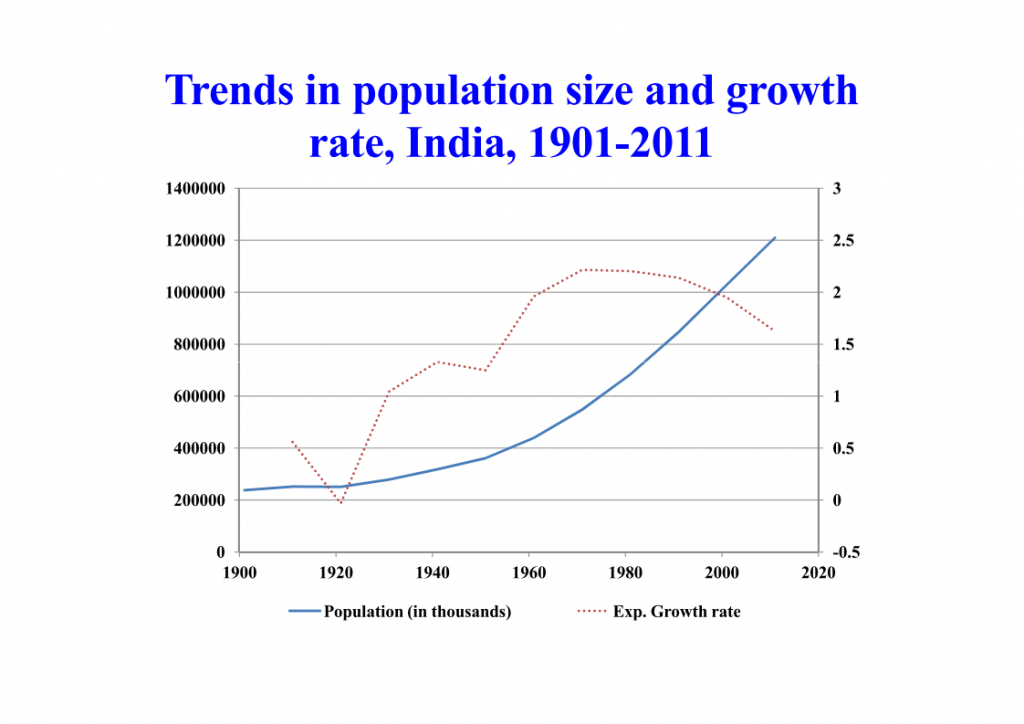 Today, India stands at cross roads of history. Recent significant advancements in country’s economy have taken the country to the centre stage of world attention. Much of this progress is intrinsically linked to the development of human resources. While on one side, growth of population has been a cause for concern, the youth, the educated and the employed are being seen as demographic dividends; especially in times when world population is ageing.