NGOs are voluntary organization’s. These are popularly known as NGOs because they are free from governmental control in their functioning. They are democratic and open to all those wishing to become member of the organization voluntarily and serve the society.

NGO have a long history in India. In the past, people in this country have been found to have provided help to others in trouble. Since centuries there exists the tradition of voluntary service to the needy and helpless in the country. In the beginning, these services were rendered by people motivated by their religious feelings. 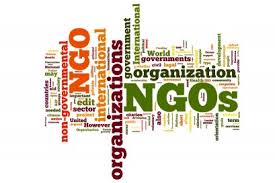 NGOs have immense role in bringing about social change and development and it is being experienced from different parts of the country. Development, as we have read earlier, is a multi- faceted process, which essentially involves the aggressive participation of the people that would not be possible unless they are educated, awakened and motivated. NGOs are taking up this job sportingly and successfully.

The areas in which we witness active and appreciative role of NGOs are as follows:

Important in this process has been the role of academicians and NGOs. The book Women’s Role in Economic Development by Easter Boserup (1970) is the pioneering work in this direction. After a gap of few years, by 1978, a large number of works were published, particularly on the status of women in the Third World – where their position has been more vulnerable.

The role of women voluntary organizations towards this cause has been marvelous. Sewa, Sathin, Eklavya, Disha, Environmental Action Group and Agrani Foundation etc. are some of the thousands of NGOs known for their role in development by creating awareness among people and interventions, if required.

The threat to the human life developed due to environmental pollution and imbalance and the depletion of natural resources as a consequence of the nature of devel­opment. Here, the role of NGOs is really noticeable and praiseworthy. Thousands of voluntary organizations are at work to awaken people and governments against environ­mental degradation and depletion of resources.

The NGOs have a major role to play towards the cause of people’s resettlement and are also performing commendable job in this direction. The projects like the construction of dams, road highways and railways have often made some sections of people, particularly in rural areas, vulnerable and are displaced without being properly compensated.

Voluntary organizations, working at both national and international levels, have earned praise for their services in societal development. These organizations are busy in creating awareness and zeal for participation in development projects.  Ensuring humanism by fighting against human rights violations, social exclusions, domestic violence and others have been common objectives of the NGOs. Of late, these organizations are also entering the sector of economic well-being and standard of living. In the state of Uttar Pradesh, Agrani Foundation’s Jan Suraksha Kranti (JSK) scheme of savings and life insurance is indeed a commendable effort in this direction