The Look East policy has emerged as an important foreign policy initiative of India in the post-Cold War period. It was launched in 1991 by the then Narasimha Rao Government with the aim of developing political contacts, increasing economic integration and forging security cooperation with countries of Southeast Asia. The policy marked a shift in India’s perspective of the world, where the strategic and economic importance of Southeast Asia to India’s national interests is being recognized. In this paper the evolution and objectives of India’s “Look East” policy and its recent approaches also have been analyzed.

The look east policy was launched in 1992 just after the end of the cold war, following the collapse of the Soviet Union. India’s financial crisis of 1991 coincided with the collapse of the Soviet Union which was India’s valued economic and strategic partner. Both these developments compelled India to take a fresh look at its foreign policy. It was Prime Minister PV Narasimha Rao’s strategic vision that he quickly grasped the changed economic and strategic paradigms of international relations in the early 1990’s. The world was no more divided into Cold War and South-Asia and South-East Asia could no longer be treated as separate strategic theaters. Prime Minister Rao took a conscious decision to plug into the dynamic South-East Asian region.

The disintegration of Soviet Union, the end of cold war, the intensification of the process of globalization, liberalization and privatization led to the fundamental changes in the global political and economic architecture. The demise of communist economies of soviet and other east European countries led to the final victory of capitalist path of development anchored on the ideology of neo-liberalism. It prompted the famous commentator Francis Fukuyama to term this victory as the “End of history”. Politically, the US remained as the only super power of the world, through the emergence of certain other countries like China, Germany and Japan was also visible. While the end of cold war eased global tensions on old issues and some of them like end of apartheid, nuclear arms race etc were even resolved, some of the new problems like the us hegemony and weakening the UN mandate emerged. The new global economic and political conditions had deep impact on the domestic and foreign policies of global actors. The interstate relations were drastically restructured. India was no exception to it. In domestic front India initiated massive programme of economic liberalization, with the twin objectives of achieving rapid economic growth and close integration with the global economy. In external front too, it brought about major changes in the content as well as direction of her foreign policy. These are: shaking of cold war ideological hangover with greater pragmatism, developing close relations with the US and launching the look east policy for closer engagement with the East Asia and South-East Asia. 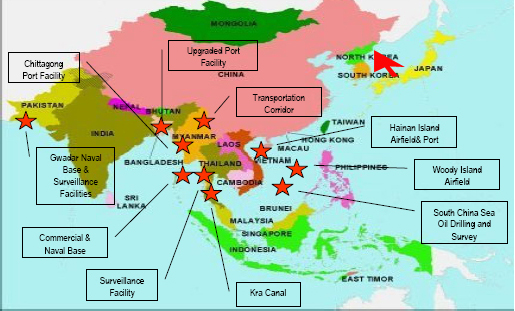 Thus, the look east policy initiated in 1991 by the then Prime Minister Narasimha Rao is the product of the post-cold war global conditions. The main objectives of this policy are to develop close economic as well as strategic relations with the countries of this region and to avail better opportunities of market, capital and technology for the rapid and sustained economic growth of the country this policy has been implemented in two phase so far, The first phase of this policy cover the period from 1991-2003. During this phase the policy mainly focused on the development of trade and investment linkages with the members of ASEAN. The second phase of this policy covers the period from 2003 to the present.  During this phase the content as well as the reach of this policy has been expanded in the sense that now it focuses on both the ASEAN as well as non-ASEAN countries of East Asia. Again besides economic relations it is equally focused on the deepening of the strategic relations in this region.

Before the fall of the Soviet Union, India made scant efforts to foster close relationships with the governments of Southeast Asia. There are several reasons for this. First, due to its colonial history, India’s ruling elite in the post-1947 era had an overwhelmingly pro-Western orientation. Western countries also made for better trade partners as they were significantly more developed than India’s neighbors. Second, India’s physical access to Southeast Asia was barred by Myanmar’s isolationist policies as well as Bangladesh’s refusal to provide transit facilities through its territory.

Third, India and the Southeast Asian countries were on opposing sides of the Cold War divide.

India’s lack of interest in and access to Southeast Asia between its independence and the fall of the Soviet Union left much of Southeast Asia open to China’s influence. This came first in the form of China’s territorial expansionist policies.

Following Deng Xiaoping’s ascent to leadership in China in 1979, China replaced its policy of expansionism with campaigns to foster extensive trade and economic relations with other Asian nations. During this period, China became the closest partner and supporter of the military junta of Burma, which had been ostracized from the international community following the violent suppression of pro-democracy activities in 1988.

In 1991, India experienced an economic crisis that coincided with the fall of the Soviet Union, which had previously been one of India’s most valued economic and strategic partners. This prompted Indian leaders to reevaluate their economic and foreign policy, which led to at least two major shifts in India’s position toward its neighbors. First, India replaced its protectionist economic policy with a more liberal one, opening up to higher levels of trade and striving to expand regional markets.

Much of India’s Look East Policy involves Myanmar, which is the only Southeast Asian country that shares a border with India and is seen as India’s gateway to Southeast Asia. In 1993, India reversed its policy of support for Myanmar’s pro-democracy movement and began courting the friendship of the ruling military junta. Since then, the Indian government and, to a lesser extent, private Indian corporations, have sought and secured lucrative contracts for industrial and infrastructure projects, including the construction of highways, pipelines and ports. Before the implementation of the Look East Policy, China enjoyed a monopoly over Myanmar’s vast oil and natural gas reserves.

Today, competition between India and China over these energy resources remains high.

Furthermore, while China remains Myanmar’s biggest weapons supplier, India has boosted its military cooperation with Myanmar. India has offered to train elements of the Myanmar Armed Forces and share intelligence with Myanmar in an effort to increase coordination between the two countries in combating insurgents in India’s Northeastern States. Several insurgent groups maintain bases in Myanmar territory.

Since 2003, India has also embarked on a campaign to forge  free trade agreements with countries and regional blocs throughout Asia. The South Asia Free Trade Agreement, which created a free trade area of 1.6 billion people in Bangladesh, Bhutan, India, Maldives, Nepal, Pakistan and Sri Lanka, came into effect in 2006. The ASEAN–India Free Trade Area (AIFTA), a free trade area among the ten member states of the Association of Southeast Asian Nations (ASEAN) and India, came into effect in 2010. India also has separate free trade agreements with Sri Lanka, Japan, South Korea, Singapore, Thailand and Malaysia.

India has also boosted its cooperation with Asian regional groupings such as ASEAN, the Bay of Bengal Initiative for Multi-Sectoral Technical and Economic Cooperation (BIMSTEC) and the South Asian Association for Regional Cooperation (SAARC).

High-level diplomatic visits between India and the countries associated with these groupings have become increasingly common the last decade.

During his state visit to Myanmar in 2012, Indian Prime Minister Manmohan Singh announced many new bilateral initiatives and signed around a dozen MOUs, in addition to extending a line of credit for $500 million.

Since then, Indian companies have made significant economic and trade agreements in infrastructure and other areas. Some of the major projects taken up by India include the resurfacing and upgrading of the 160-kilometer Tamu-Kalewa-Kalemyo road and the Kaladan project that will connect Kolkata Port with Sittwe Port in Myanmar (which is still in progress). A bus service from Imphal, India, to Mandalay, Myanmar, is expected to launch in October 2014. Once these infrastructure projects are completed, the next step will be connecting the India-Myanmar highway network to the existing portions of the Asian Highway Network, which will connect India to Thailand and the rest of Southeast Asia.

The Look East policy of India emerged out of the changed international system in the early 1990s and economic stagnation and political turmoil within the country. The impact of look east policy has been favorable to India. International trade of goods and services is now a strong driver of India’s growth rising from 17 percent of gross domestic product in 1991 to 42 percent in 2004. East Asia accounts for a significant part of the rise in India’s foreign trade, India’s trade with East Asia had been less than 10 percent of India’s international trade in the early 1990s. it is now stands 25percent. The current phase of the Look East policy marks the beginning of a vibrant relationship on the economic, political and strategic fronts. The economic potentials of this policy emphasize a link to the economic interests of the North-eastern region of India as a whole. In recent years, the development of this region is being factored into the overall strategy of national development, as well as in the conduct of India’s relations with other countries. India’s Look East policy correctly identifies Northeast India as the gateway to the East and it is one major initiative undertaken by the government of India in the present times.

The Look East Policy is changing into Act East Policy while emphasizing on a proactive role of India in this region. Mutual trade, more export items, cultural exchanges, and mutual visits and other diplomatic exchanges are on their way in relations to one another.