Development of political parties, major Political parties and their support base and performance in the Assembly and Parliamentary elections in Himachal Pradesh:-

The key political players in Himachal Pradesh state in north-east India are the ruling Indian National Congress and Bharatiya Janata Party. There are only 4 Lok Sabha (lower house of the Indian Parliament) constituencies in Himachal Pradesh. The Himachal Pradesh Legislative Assembly has 68 seats who are directly elected from single-seat constituencies. In order to understand the political party system in Himachal Pradesh, we shall have to adopt a national perspective since political parties in the State are closely linked with the over all political climate of the Nation . Political parties everywhere are by products of socio-economic and historical heterogeneities. In a vast country like India there are numerous heterogeneities which are reflected in the party system. In the 1999 Parliamentary election, there have been 7 National and 47 State parties which are recognised by the Election Commission of India (Statistical Reports on 1999 Parliamentary elections). In Himachal Pradesh, however, electoral politics has  been dominated by the Congress and BJS/BJP.

India’s leading political party, the Indian National Congress (Congress Party) is one of the oldest in the World . This party was formed in 1885 by a British Civil Servant A.O. Hume with W.C. Banerjee as its first President. It was conceived as a bridge between the English  administrators and the common Indian masses. In the initial years the Congress mainly served the interest of English speaking educated classes in India. Gandhiji turned Congress into a mass movement and a platform for the achievement of freedom. Under Congress leadership, India attained independence. Ideologically, the party is committed to secularism, socialism and democracy and is the centrist party in India whose policies are neither rightist nor leftist. Since the Congress is an umbrella type party, it derives support therefore from all groups in varying degrees. But the party fares better among less educated, lower caste, middle and lower income and rural groups. Such a heterogeneous character of this party is a legacy of its role played during the freedom struggle under the Charismatic leadership of Mahatma Gandhi.

As mentioned earlier, in Himachal Pradesh, the party was founded in 1948, with the conversion of Praja Mandals into Congress Committees. Since the Praja Mandals were strong in Simla Hills, the party therefore continues to be strong in these areas even today. 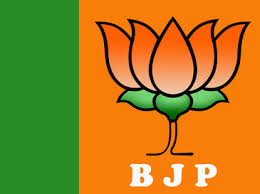 possible. After two and half year’s merger the Bharatiya Jana Sangh people got out of the Janata Party because of internal differences and squabbles. The party was revived under a new name, “Bharatiya Janata Part in April 1980. However, it is important to remember that the Bharatiya Janata Party was not just a revival of the old Jana Sangh. The two changes in its name symbolised the two major political adjustments the new party was ready to make in order to enter the political main stream. Acceptance of the name ‘Janata’ showed a readiness to enter the mainstream of political games of populism, and the replacement of ‘Sangh’ by ‘Party’ symbolised its willingness to make peace with forces of modernisation. Thus the rise of the Bharatiya Janata Party in Indian Politics coincided with some fundamental changes in the dynamics of electoral politics in India. The Bharatiya Janata Party expresscsits commitment to five ideals—nationalism and national integration, democracy, positive, secularism, Gandhian socialism, and a value based politics. The Bharatiya Janata Party is a mixture of Hindu Neo-traditional values and economic conservatism. In social sphere it upholds adherence to Hindu cultural mores and on the economic plane, it advocates free enterprise with a Swadeshi tilt. It has been a party mainly of traders, small scale and medium-scale industrialists with some support among some big business houses as well. Traditionally, Bharatiya Janata Party is a right-wing party primarily of Hindus which generally caters to the interests and values of the upper caste Hindus, but lately it is also striving to win over the Other Backward Classes and the Dalits.

In Himachal Pradesh a separate State unit of Jana Sangh was set up on 1 November 1966 after reorganisation of Punjab . The Jana Sangh’s electoral performance since 1967 elections though not spectacular was not disheartening either and the steady increase in the percentage of votes polled by the party was the result of the hard work of its cadre, most of whom came from the ranks of the Rashtriya Swayamsevak Sangh. Since the Janata Party government led by Shri Shanta Kumar in Himachal Pradesh was virtually a Jana Sangh government, its performance during its short rule (1977-80) came as a big help to the Bharatiya Janata Party in the subsequent elections. In Himachal Pradesh therefore the Bharatiya Janata Party has emerged as the second largest party and the politics in Himachal Pradesh has been polarised around a typical two-party system.

At the All India level, the Communist Party of India (CPI) was founded in 1925 with the declared objective of total war against the British rulers in India. After independence, it emerged on the political scene but in 1964 the CPI split up. A new political party known as Communist Party of India (Marxist) came into being . The CPI and CPl(M) are the major left wing parties in Indian politics. In terms of ideology, the CPI generally was internationally aligned with the erstwhile USSR, while the CPI(M) maintained fraternal ties with China. The Communist Parties want complete elimination of all feudal and big landlords interests, and nationalisation of big industries to improve the living standards of poor masses. These parties also campaign against casteism, communalism, parochialism and linguistic chauvinism. The development of the CPI in Himachal Pradesh can be traced to a Political Conference organised by the Kisan Sabha at Bhangroto (Mandi) in April, 1951. The establishment of the Himachal Pradesh Communist Party took place in January 1953 and had been raised to the status of State Party in 1961. Because of ideological consideration, the Communist Parties have concentrated on winning the confidence of poor peasants and working class of Himachal Pradesh. The bases of support of both the Communist Parties in Himachal Pradesh are almost the same. On the whole, these parties are not popular in Himachal Pradesh and have occasionally won a seat or two.

Besides these four parties which have consistently contested elections in Himachal Pradesh, the other parties appearing in one election and disappearing in the subsequent elections are the Janata Party, the Lok Dal, and the Janata Dal etc.

In 2017 legislative election The Bharatiya Janata Party (BJP) wrested power from the Congress in Himachal Pradesh, securing a simple majority by winning 44 seats in the 68-member assembly. The Congress, which fought Himachal elections under the leadership of Virbhadra Singh, ended with a seat tally of 21 seats, while three seats went to other parties. Despite the BJP’s spectacular performance, its chief ministerial face Prem Kumar Dhumal lost his Sujanpur seat to Congress rival Rajinder Singh Rana by about 3,500 votes. Main rivals BJP and Congress contested all the 68 seats at stake. The hill state had witnessed a record 75.28% voter turnout. Voters in Himachal Pradesh have traditionally brought the Congress and the BJP in power alternately.

HPPCS Notes brings Prelims and Mains programs for HPPCS Prelims and HPPCS Mains Exam preparation. Various Programs initiated by HPPCS Notes are as follows:- For any doubt, Just leave us a Chat or Fill us a querry––