Although the government has ambitious plans to raise cyber connectivity. There has a boom in e-commerce, and many activities related to e-governance are now being carried out over the Internet. As we grow more dependent on the Internet for our daily life activities, we also become more vulnerable to any disruptions caused in and through cyberspace. The rapidity with which this sector has grown has meant that governments and private companies are still trying to figure out both the scope and meaning of security in cyberspace and apportioning responsibility. The cyberspace holds the fifth place in common space and it is vital to have co ordinations and cooperation among all nations regarding cyberspace. The need of cyberspace and its exploitation is growing rapidly. The cyberspace is becoming important area for large number of terrorists to attack on crucial information infrastructure. The existing laws are inefficient to restrain the cyber crimes and, thus urging a need to modify the existing laws through which these activities can be put on a check. There is a need of international cooperation of nations to crack down the efficiency on cyber crime, thereby ensuring a development of the internet cybercrime is not limited to states of boundaries, thus it requires a universal collaboration of nations to work together to reduce the ever growing threats and risk to a manageable level. 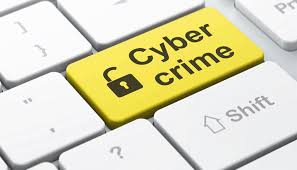 The State of Himachal Pradesh is well known for its natural beauty and is one of the most popular tourist destinations in the world. Unfortunately, this beautiful State has also come to be known for widespread illicit cultivation of cannabis and opium poppy. Illicit drugs produced in the State attract traffickers from all over the world. Involvement of some foreign nationals settled in certain drug sensitive areas of the State, in drug trafficking, is widely talked about. Considerable drug addiction, particularly among the local youth too has been noticed and is said to be increasing. Needless to say that there is an urgent need to address the drug problem in Himachal Pradesh and find solutions to it.

The fact of an unchecked and widespread illicit cultivation of cannabis and opium poppy on private as well as on forest land in several districts of Himachal Pradesh, namely, Kullu, Mandi, Chamba, Sirmour, Kangra and Shimla is a common knowledge and also admitted by the law enforcement authorities of the State. Efforts made by the Central and State government agencies so far to stop illicit cultivation, trafficking and consumption of drugs in the State have failed to produce desired results.