Objectivity: Meaning as a Philosophical concept

Objectivity, as a method of philosophy, is dependent upon the presupposition distinguishing references in the field of epistemology regarding the ontological status of a possible objective reality, and the state of being objective in regard to references towards whatever is considered as objective reality. In other words, what is real and how do we know what we infer about the real is true. Inherent to the distinction is a paradoxical notion that despite the various meanings or definitions assigned to the concept by various disciplines, schools of thought, or individual philosophers, ultimately there is a body of knowledge referred to which is considered representative of a single reality.

The concept of objectivity contains the reason why the question “Who decides what is right or wrong?” is wrong. Nobody “decides.” Nature does not decide—it merely is; man does not decide, in issues of knowledge, he merely observes that which is. When it comes to applying his knowledge, man decides what he chooses to do, according to what he has learned, remembering that the basic principle of rational action in all aspects of human existence is: “Nature, to be commanded, must be obeyed.” This means that man does not create reality and can achieve his values only by making his decisions consonant with the facts of reality. Objectivity begins with the realization that man (including his every attribute and faculty, including his consciousness) is an entity of a specific nature who must act accordingly; that there is no escape from the law of identity, neither in the universe with which he deals nor in the working of his own consciousness, and if he is to acquire knowledge of the first, he must discover the proper method of using the second; that there is no room for the arbitrary in any activity of man, least of all in his method of cognition—and just as he has learned to be guided by objective criteria in making his physical tools, so he must be guided by objective criteria in forming his tools of cognition: his concepts. 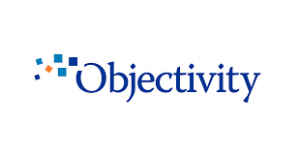 Objectivity is founding advice and decisions on rigorous analysis of the evidence. It entails that a truth remains true universally, independently of human thought or approaches. It is established that objective decisions are not impacted by personal feelings or opinions in considering and representing facts. Taking an objective approach to an issue means having due regard for the known valid evidence (relevant facts, logical implications and viewpoints and human purposes) pertaining to that issue. If significant valid evidence is denied or counterfeit, an objective approach is incredible. An objective approach is particularly important in science, and in decision-making processes which affect large numbers of people (e.g. politics, bureaucracy). In some circumstances, an objective approach is unmanageable because people will naturally take a biased, self-interested approach. That is, they will select out those views and facts which agree with their own.

To maintain objectivity in public services, candidates must:

Candidates must not:
Disregard inconvenient facts or relevant considerations when providing advice or making decisions.
Frustrate the implementation of strategies once decisions are taken by declining to take, or abstaining from, action which flows from those decisions. Therefore objectivity means consideration of convenient and in convenient facts, taking decision based on merits of the case in the matters related to:

In brief, objectivity entails implementation of policy in letter and spirit any personal without bias