People are the supreme power in the democratic country. Accordingly the People of India solemnly resolved that India is a democratic country. As we know that the India is a largest democracy in the world. The term Democracy mentioned in the Preamble of the constitution of India in the broader sense embracing not only political democracy but also social, economic and inclusive democracy.The Indian constitution provides for the representative parliamentary democracy under which the Executive is responsible for legislature for all its policies and actions.

An Act to provide for the conduct of elections of the Houses of Parliament and to the House or Houses of the Legislature of each State, the qualifications and disqualifications for membership of those Houses, the corrupt practices and other offences at or in connection with such elections and the decision of doubts and disputes arising out of or in connection with such elections.

The Representation of Peoples Act 1951 is an act enacted by the Indian provincial parliament before first general elections. The People’s Representation act provides for the actual conduct of elections in India. The act also deals with details like qualification and disqualification of members of both houses of Parliament (Loksabha and Rajyasabha) and the state legislatures (State Legislative Assembly and State Legislative Council).

The Representation of Peoples Act 1951: Section 8 deals with  Disqualification of representatives on conviction for certain offences. This section states that:

Even if a person is prohibited from voting due to being in police custody or in jail, as long as his name is entered on the electoral roll he shall not cease to be an elector. This implies that he can file nomination for an election.

On July 10, 2013, the Supreme Court ruled that a person, who is in jail or in police custody, cannot contest elections to legislative bodies. The RPA, 1951 states that any contestant to an election to legislative bodies has to be an “elector”, i.e., his name should be on the electoral roll and he is not subject to any of the disqualifications mentioned in Section 16 of the Representation of People Act, 1950. Among other things, that section disqualifies anyone from being on the electoral roll if he is disqualified from voting under the provisions of any law relating to corrupt practices and other offences in relation to elections. RPA, 1951 talks that anyone in prison or on the lawful custody of the police (other than preventive detention) is not entitled to vote. 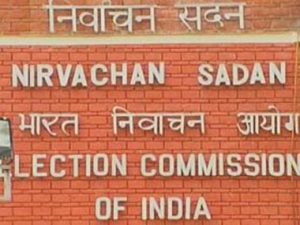 An Act further to amended the Representation of the People Act, 1951(The Representation of the People (Amendment and Validation) Act, 2013) came in to force on the 10th day of July, 2013. In section 7, in clause (b), after the words “or Legislative Council of a State”, the words “under the provisions of this Chapter, and on no other ground” shall be inserted. A person whose name has been entered in the electoral roll shall not cease to be an elector.