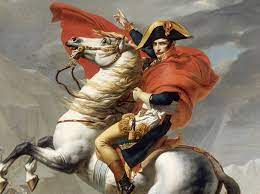 . During the years following 1815, the fear of repression drove many liberal-nationalists underground. Secret societies sprang up in many European states to train revolutionaries and spread their ideas. To be revolutionary at this time meant a commitment to oppose monarchical forms that had been established after the Vienna Congress, and to fight for liberty and freedom. Most of these revolutionaries also saw the creation of nation-states as a necessary part of this struggle for freedom.

One such individual was the Italian revolutionary Giuseppe Mazzini. Born in Genoa in 1807, he became a member of the secret society of the Carbonari. As a young man of 24, he was sent into exile in 1831 for attempting a revolution in Liguria. He subsequently founded two more underground societies, first, Young Italy in Marseilles, and then, Young Europe in Berne, whose members were like-minded young men from Poland, France, Italy and the German states. Mazzini believed that God had intended nations to be the natural units of mankind. So Italy could not continue to be a patchwork of small states and kingdoms. It had to be forged into a single unified republic within a wider alliance of nations. This unification alone could be the basis of Italian liberty. Following his model, secret societies were set up in Germany, France, Switzerland and Poland. Mazzini’s relentless opposition to monarchy and his vision of democratic republics frightened the conservatives. Metternich described him as ‘the most dangerous enemy of our social order’.