Chamba is an ancient town of Himachal Pradesh. The history of this place, according to records, dates back to 2nd century. The Maru dynasty ruled this place from ancient capital Bharmaur. Since then about 7 dynasties have ruled here.

Chamba is known for its palaces, temples, “pahari” paintings, arts and crafts and two popular fairs – “Minjar Mela” and “Suhi Mata Mela”. Bharmaur is rich in heritage. The beautiful Chaurasi Temple Complex is situated here. Legends say that the place features lingams littered in the Complex, while others talk about 84 holy men who resided and worshipped here in the 9th century.

It is also called “Rashtrapati Niwas”. Today, the 6–storey lodge is converted into Institute of Advanced Study. It is situated on the Observatory Hill. The Lodge was built in 1988 under the management of Viceroy Lord Dufferin. The palace features Jacobethan style, which is a famous architectural design of the English.

The Lodge is a charming world inside with a grand façade, big hallways with teak panels, lush greenery and modern technology. There are texts and photographs from the era of the British Rule. It is a great place for historians.

It harbors a gallery of eminent paintings, plus a collection of pottery, sculptures and anthropological 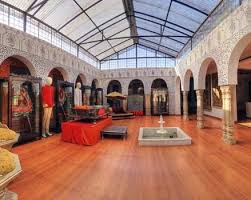 items. The museum is a treasure house of Kangra Valley that displays marvelous pieces of arts, crafts and artifacts dating back to the 5th century. Visitors can also find manuscripts, coins, jewelry, jail and pandals, old carved doors and local attires worn by royalties here.

This is located in Civil Lines near the entrance of Dharamsala. Set up in 1972, this memorial has a lovely surrounding. It commemorates Kangra officers and soldiers who were martyrs during the Indo-Pak and Indo-China wars and certain peace operations conducted under United Nations Auspices. On certain evenings, visitors can find the memorial flooded with light and fountains in their complete brilliance.

Dal Lake is an oval-shaped miniature artificial lake surrounded by fir trees. It is located near Village Tota Rani in Kangra district, about 11 kms above Dharamsala and just adjacent to the Tibetan Children Village. It is believed that Lord Shiva grants wishes asked while taking a dip in this lake. Its name is taken from Kashmir’s natural Dal Lake.

Buddhism in Himachal Pradesh dates back to 8th century. Since then, Buddhism has become deep rooted, especially in Kinnaur, Spiti and Lahaul Valleys of the state. Tibetan Buddhism has spread immensely here after Tenzin Gyatso, the 14th Dalai Lama, fled from Tibet in 1959 with his followers and took refuge here.

The Dalai Lama chose McLeod Ganj as the perfect place to set up his “capital in exile”. This town is in proximity to Dharamsala. It is also called Little Lhasa or Dhasa. Today, this place is the cradle of Tibetan Buddhism. It displays a close link to Guru Padmasambhava, who traveled from Rewalsar in Himachal Pradesh to Tibet to spread Buddhism. The Guru is famous as the “Second Buddha”.

Other sites of historical importance and those recognized by the Archeological Survey of India include Hadimba Devi Temple in Manali, Buddhist Monastery and Phoo Gumpha in Tabo in Lahaul and Spiti district, Temple of Gauri Shankar with sculptures in Kullu, a miniature Shiva stone temple in Kullu, Temple of Baijnath and Sidnath in Kangra, ruined fort and rock inscription in Kangra, Buddhist stupa called Bhim-ka-Tila in Kangra, Katoch Palace in Hamirpur and more.

When it comes to historical and archaeological places in Himachal Pradesh the list is endless. The state is soaking rich in history and heritage. Certain sites are so astonishing that visitors must come here to see with their own eyes to believe it.

List of Archeological sites in Himachal Pradesh notified by ASI