The economic liberalization in India , initiated in 1991, with principles of Liberalization , Privatization and Globalization (LPG) of the country’s economic policies, with the goal of making the economy more market and service-oriented and expanding the role of private and foreign investment. Specific changes include a reduction in import tariffs, deregulation of markets, reduction of taxes, and greater foreign investment. Liberalization has been credited by its proponents for the high economic growth recorded by the country in the 1990s and 2000s. 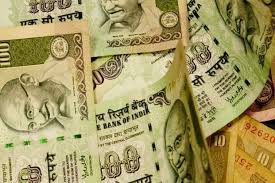 Economic reforms have huge  impact on the economy of the country and it is also true for the states. Himachal Pradesh has seen a growth of the economy thereafter as share of industries and services sector has increased to a very large extent.

The State has made significant progress in the development of Horticulture. The topographical variations and altitudinal differences coupled with fertile, deep and well drained soils favor the cultivation of temperate to sub-tropical fruits. The region is also suitable for cultivation of ancillary horticultural produce like flowers, mushroom, honey and hops.

Tourism is a major engine of economic growth, an important source of revenue earnings and a generator of employment of diverse kinds. The State Govt. has also developed appropriate infrastructure for its development which includes provision of public utility services, roads, communication network, airports, transport facilities, water supply and civic amenities etc.

The State Government mobilizes financial resources through direct and indirect taxes, non-tax revenue, share of central taxes and grants-in-aid from Central Govt. to meet the expenditure on administration and developmental activities. According to the budget estimates for the year 2016-17 (BE) the total revenue receipts were estimated at 26,270 crore as against 24,514 crore in 2015-16 (RE). The revenue receipts increased by 7.16 percent in 2016-17 over 2015-16.

the Revenue Deficit will be 0.22 per cent and

Fiscal Deficit will be 3.40 per cent of GSDP.

The Total Budget Expenditure estimated for 2016-17 is 32,593 Crore, out of which Estimated Expenditure on Salaries is 9,445 Crore, on Pensions it would be 4,200 Crore, Estimated Interest Payments would be 3,400 Crore, and Loan Repayments are expected to be 2,229 Crore apart from 428 Crore on other Loans and 2,216 Crore on Maintenance.

The Expected Receipts in Capital Account of the Government are 5,102 Crore apart from 1,000 Crore in Public Account including Provident Fund, etc. Capital Expenditure including Loan Repayments is Budget estimated to be 5,847 Crore. The fiscal deficit for 2016-17 is likely to be 4,076 Crore.

Thus, as per the Budget Estimates, against an expenditure of every 100 rupees, the State will have 80.60, as the Total Receipts including Transfers from the Central Government excluding Loans. The gap of 19.40 will be met by borrowings. Out of every 100 rupees of State revenue receipts, 28.43 will accrue from Own Tax Revenues, 6.35 from Non-Tax Revenues, 16.50 from Share in Central Taxes and 48.72 from Central Grants. Out of every 100 rupees spent, Salaries will account for 28.98, Pensions for 12.89, Interest Payments for 10.43, Loan Repayments for 6.84 and the remaining  40.86 will be spent on Developmental Works.

Goods and Service Tax and its impact on Himachal pradesh

GST, will replace multiple state and central taxes to create one national market and single tax in the country. This bill seeks to subsume all central indirect levies like excise duty, countervailing duty and service tax and also state taxes such as value added tax, entry tax and luxury tax, to create a single, pan-India market.

GST will be a game changer in the states as they eradicate the cascading effect on goods and services.GST will bring down the cost of goods and services as there will be no cascading effects of taxes. He added that GST is expected to increase revenue by widening the tax base and improving the taxpayer compliance. 7% items are such on which no taxes would be levied, 14% items would be in the lowest bracket of 5% tax, 17% items will have 12% tax, 43% items will have 18% tax, and 19% items, which are generally not used by people will have 28% tax.

Area-based programmes allow businesses in special-category states with a low industrial base, such as Himachal Pradesh and get exemptions from the payment of central taxes such as excise duty and some other state levies. DIPP would build the new framework, keeping in view the development needs of these states.

The tourism industry in Himachal Pradesh as well as the visitors seems to be at the receiving end after the implementation of Goods and Services Tax (GST) which was implemented on 1 July. The lack of clarity on taxes to be levied on the services and the variation in the rate of taxes, ranging from dhabas to small and medium to high-end hotels had left them all dissatisfied.

There have been varied rate of taxes on hotel bookings as well as services rendered to the guests in small and big business establishments in tourism sector. The rate of GST at dhabas to small and medium to high-end hotels vary from 5 percent to 18 percent which is creating confusion among tourists.

This is leading to confusion among hoteliers and tourists as dissatisfied customer means less business in future as the industry in the state is flourishing on word of mouth. But such incidents would only make things worse for all

The GST rollout would have serious impact on tourism sector in the state. The GST would affect high-end hotels in Himachal Pradesh as they attract high rate of taxes while the small hotels would continue to receive tourists, owing to low rate of taxes.