The govt. of Himachal Pradesh has launched “Electronic Health Card Scheme” in the state. The vision of scheme is to provide ‘LIVEWIRE’ that connect patients and their family members with the hospitals for cure of diseases. 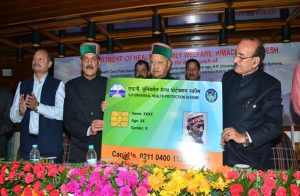 Under Universal Immunization Programme (UIP), the state govt. also announced a new scheme that provides free insulin to diabetic patients below 18 years of age in all districts of HP state. After the launching of the scheme Himachal Pradesh has become first state in South East Asia region to do so.

Under the scheme, the state government would provide unemployment allowance of Rs. 1000 per month to every unemployed youth who have passed at least intermediate. Rs. 1500 per month would be provided to such unemployed youth with disability. The Allowance shall be credited to the recipient by RTGS/NEFT/ECS through Banks as mentioned in Application Form, on monthly basis at the cost of the Government.

Himachal Pradesh Government has launched Rajiv Gandhi Illuminating Scheme for Hill Town Advancement (RISHTA) project, which is an efficient smart LED based street lighting project. With this Himachal Pradesh becomes first state in North India to do so. It was launched by State Chief Minister Virbhadra Singh from the capital city of Shimla.

The Government of Himachal Pradesh reserved 15% vacancies in class I to IV technical and non-technical posts to be filled up through direct recruitment for the Released Indian Armed Forces personnel who joined service or were commissioned on or after the 1st day of November 1962, and are released thereafter. The above reservation will also be applicable in Public Sector Undertakings/Corporations/Autonomous Bodies.

Class I and II vacancies so reserved shall be filled up on the basis of their record of military service and their performance at a written examination and viva- voice test to be conducted by the Himachal Pradesh Public Service Commission and class III and IV vacancies are filled through the Special Cell for the employment of ex-servicemen and the Employment Exchanges.

No Released Armed Forces personnel shall be eligible to appear for examination/ interview unless:-

(a) He possesses the minimum educational qualifications prescribed for direct recruitment to the post to which he is to be appointed.

(b) His age at the time of joining military service or training prior to the commission, as the case may be, does not exceed the upper age limit prescribed for direct recruitment to such posts;

(c) After release from the Armed Force of the Union of India he is found to be physically and mentally fit in accordance with the provisions of the service rules applicable to such posts.

The Himachal Pradesh Government have decided to accept the 1st Class certificate with 15 years military service for appointment as constable in Himachal Pradesh Armed Police only with explicit understanding that such recruit shall not be entitled to promotion to higher ranks unless they pass matriculation examination. Further the break in service between the date of enrolment in the Police and that of discharge from the Army is now of enhanced from two years to four years.

The Government of Himachal Pradesh have decided that the ex-servicemen re-employed in the Police Department will not be subjected to ‘Rope Climbling Test’ and ‘Obstacle Course’ during their initial training, since they join Police service at an advanced age.

The Himachal Pradesh Government have decided that in the case of ex-servicemen seeking appointment against un-reserved vacancies under the State Government made otherwise than on the basis of open competitive test to be held by the Himachal Pradesh Public Service Commission, the period of approved military service rendered by a particular candidate should be deducted from his actual age and if the resultant age does not exceed the prescribed age limit for the post applied for by him by more than three years, he should be deemed to have satisfied the conditions for appointment to the post in question in respect of the maximum age.

Ex-servicemen will be given preference in the matter of recruitment to the posts of Warden Guards in the Jails.

Eligibility of the Dependent sons, daughters and wife of Ex-servicemen for the posts reserved for the Ex-Servicemen

The Himachal Pradesh Government have decided that in cases where it is obvious that Ex-servicemen would not at all be available for appointment to any category of posts, the posts so reserved for Ex-servicemen may be filled by dependent sons, daughter and wife of the Ex-servicemen in the First attempt with the prior concurrence of the Special Cell.

Himachal Pradesh Government have recognized the India Naval Trade CPOR (Telegraphist/Special) for the purpose of recruitment to the subordinate posts and services under the State Government where J.B.T./P.E.T. or its equivalent is prescribed as a recruitment qualification.

The Common Service Centre (CSC) scheme popularly known as Lokmitra Kendra project in Himachal Pradesh aims to establish 3366 e-Governance centres at Panchayat level in the state. The scheme, as approved by the Government of India, envisions CSCs as the front-end delivery points for Government, private and social sector services to rural citizens of India, in an integrated manner. 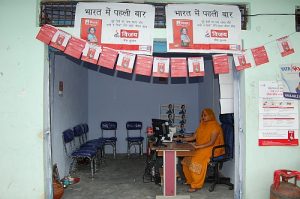 The centres are being established under the Public Private Partnership (PPP) mode thus leveraging the support of various stakeholders such as State Governments, local bodies, opinion makers and agencies/ institutions involved or having interest, commercial or otherwise, in rural areas/ markets.