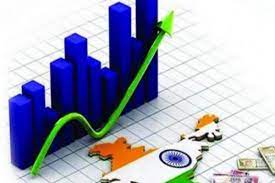 . The government has a fairly long list of the unfinished agenda in economic reforms, which is not presently considered as a priority but would become critical in driving the reforms not only deeper but sustainable in the future as the economy steps into the global environment. It has political compulsions in a democratic framework and gets limited by the lack of consensus on many bolder reforms.

It is not to say that it should coercively drive bolder reforms, but at least do those which fall in its domain, less controversial, and for the bolder reforms, flag them, create appropriate platforms for discussions and over a period of time, with consensus implement them. At a still broader level, reforms other than economic also influence economies such as police, judicial, bureaucracy and many such smaller reforms can have a profound impact, by spreading positive sentiments of growth and welfare in the economy.

It can be said, all these reforms economic or otherwise are centred ‘around’ the government but what about the government itself? It is also a candidate for reform itself. The speed of decision-making, better inter-ministerial coordination, leaner government structure, technology-enabled, proactive and not reactive character, are all relatively simple to implement and send positive signals in the economy.

It is in these, not able to implement 1000 of smaller reforms, it can be said that reforms in India have slowed down, if not paused by the government and not because of its in ability to push through bolder norms. It is not the ability to push bolder reforms which is being questioned, but as mentioned previously, in their ability to flag them and provide a platform for a broad-based consensus, which is being questioned. The other is government reforming itself, which is relatively easy but still difficult requires a strong will and still more important a decisive discipline and a consciousness of their larger responsibilities towards the national interests rather than party interests.