 The Lavi fair has a long distinguished history. Even before Independence of the country, it was a famous trade fair as Rampur was the old silk route of trade between India and Tibet, said Chief Minister Virbhadra Singh while presiding over the closing ceremony of four-day International Lavi Fair at Rampur.

 The fair had been an important event from the bygone days when it was recognised because of its trade activities and even today it was celebrated as an important trade fair. He stressed upon preserving the age-old culture and customs of the state and said that such fairs being celebrated all over the state were playing important role in promoting brotherhood and showcasing the rich traditional culture of Himachal Pradesh.

 The four-day-long Lavi fair (November 11 to 14) is purely a trade fair and outcome of the treaty between Maharaja Kehar Sigh of Rampur Bushahr and Tibetan rulers in the early 17th century. It is an example of the glorious, social, cultural, economic history and legacy of Himachal Pradesh and is the biggest trade fair of the greater Himalayas.

 Years back, Rampur was the Gateway to Kinnaur, Tibet, Ladakh and Afghanistan. Traders from Tibet and other countries used to assemble here through Silk-route but after occupation of Tibet by China, the fair lost its charm.

 World Diabetes Day is the primary global awareness campaign focusing on diabetes mellitus and is observed on November 14 each year. 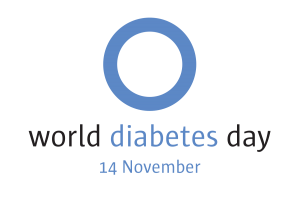  Led by the International Diabetes Federation (IDF), each World Diabetes Day focuses on a theme related to diabetes.

 Type 1 Diabetes is not preventable but can be treated with insulin shots.

 This year’s theme is ‘Women and diabetes – our right to a healthy future’.

 United Nations is set to open its first official talks on the use of autonomous weapons, including killer robots, at the Convention on Certain Conventional Weapons (CCW) for 5 days, in Geneva.

 The meeting is chaired by Indian ambassador on disarmament, Amandeep Gill.

 The discussion will also include civil society and technology companies.

 It will be partly focused on understanding the types of weapons in the pipeline.

• Northeast to get India’s first ever ‘Air Dispensary’

 Northeast is all set to get India’s first-ever “Air Dispensary” based in a helicopter and the Union Ministry of Development of Northeast (DONER) has already contributed Rs. 25 crore as part of the initial funding for this initiative.

 As per the envisaged plan, Dr Jitendra Singh said, to begin with, helicopter will be based at two locations, namely Imphal in Manipur and Meghalaya in Shillong.

 Both of these cities have premier postgraduate medical institutes from where specialist doctors, along with the necessary equipment and paramedical staff, would be able to move into the helicopter and hold a dispensary/OPD in different locations across the eight States of North Eastern Region.

 To inspire, nurture and promote the spirit of entrepreneurship in tribal youth, the NITI Aayog in partnership with the US government organized India’s first Tribal Entrepreneurship Summit at Dantewada.

 The summit is inaugurated by MoS Science and Technology YS Chowdhary held at Dantewada in the Bastar region of Chhattisgarh.

 This event is an 8th Global Entrepreneurship Summit, being held in India which ensures yet another step towards tribal-centric sustainable and inclusive development.

 These five dimensions are education, health and well-being, employment and opportunity, political participation and civic participation for young people.

 IRRI is a premier research organisation dedicated to reducing poverty and hunger through rice science.